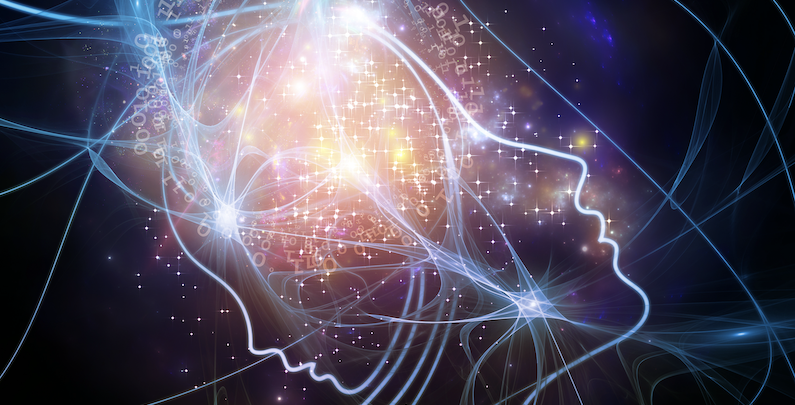 The beneficial effects of mindfulness meditation on higher-order cognitive performance as well as physiological parameters, such as decreased cortisol levels, blood pressure, pulse rate, and reaction time, have been studied extensively. However, most of these studies have been conducted over a relatively long term, comparing subjects who meditate on a regular basis with those who have never meditated. In this study, the acute effects of mindfulness meditation are investigated by examining the differences between tactile reaction time and temporal-order judgement (TOJ) obtained before and after a 10-minute meditation session in several case studies. Additionally, the participants reported their mood and stress levels in a survey before and after the meditation session. The results demonstrate that mindfulness meditation improves performance on the tactile reaction time and TOJ tasks, and it also promotes a peaceful state of mind.

Originating from ancient Eastern traditions, the practice of meditation remains a prominent topic of study within the fields of clinical psychology and behavioral neuroscience. Mindfulness is a specific form of meditation that is defined as “a kind of nonelaborative, non-judgmental, present-centered awareness in which each thought, feeling, or sensation that arises in the attentional field is acknowledged” [1]. In other words, mindfulness meditation is a mental practice based on focusing on the sensation of the breath while maintaining a relaxed state of mind.

Several case studies (n=6) were conducted that tracked the perceived discomfort, stress levels, reaction time, and TOJ scores of individuals before and after a mindfulness session in order to understand the acute effects of mindful meditation. Each individual read a provided experimental purpose and instructions sheet and provided feedback to the study and the cases were de-identified to maintain confidentiality.

In order to measure changes in stress levels and perception of discomfort, a pre-treatment and post-treatment survey were provided before and after the 10-minute meditation or control test session. The pre-test questionnaire asked for one’s test ID, sex, age, extent of discomfort at the time, perception of the impact of stress on daily activities, and current stress levels. The post-test questionnaire inquired about the extent of discomfort and levels of stress post-test, whether one felt relaxed during the video, hours of sleep from the night before, and additional notes such as caffeine intake that may have affected relaxation or alertness before the study. Factors such as sleep and caffeine intake were surveyed in order to screen participants for a lack of focus or errors that may have affected battery results.

The second test in the cognitive battery was a temporal-order-of-judgment (TOJ) test. For this test, the participants placed their right index and middle finger on the left and right tactile pads on the Brain Gauge respectively. The left and right pads vibrated in a random order and then the participants depressed the pad they believed vibrated first. The participants were given three practice trials for which they received feedback on whether they were correct. Then, 20 real trials were conducted with the interval between vibrations decreasing in later trials.

After completing the pre-treatment questionnaire and Brain Gauge battery, participants underwent a 10-minute instructed activity. Participants watched a guided meditation follow-along video that did not have any words and displayed a visual control indicating cues for inhalation and exhalation. After meditating with the video, participants were asked to run the same battery of cognitive tests as before, this time noting their anxiety level on a 1-5 scale before the test, with 1 being anxious and 5 being relaxed. After running the post-meditation battery, participants filled out the post-treatment survey described in the Questionnaire section.

One limitation of this study is the low number of participants, and the statistical analysis could significantly benefit from having more data points to draw conclusions from. Another limitation of the study is that it represents a homogenous subject population. All of the case study participants were university aged students and none had any major cognitive or physical deficits. While a more robust but similar study may show a positive effect of short-term meditation on cognitive performance in a young and healthy population, the effects of meditation on cognitive performance may be more interesting to study in an older or cognitively deficient population.

Noting how mindfulness meditation correlated with a decrease in reaction time and decrease in TOJ, the authors think that it would be beneficial to conduct more studies to improve the accuracy and depth of results, as well as quantify physiological indicators of cognition and stress. Moving forward, we would like to control confounding factors such as caffeine intake and lack of sleep from the night before by including guidelines of conduct required before taking the provided test. This study could be modified into a longitudinal study, where we would see the effects of mindfulness meditation of a sample over an extended period of time. With a longitudinal study, physiological signals such as heart rate, blood pressure, and brain activity can be measured. A cognitive measure of memory can be additionally observed with reaction time and TOJ. Another method we could explore in our future studies is to observe differences in the longitudinal effect of an experiment-controlled consistent mindfulness meditation between groups that are novices at meditation and groups that are very experienced. Another approach could be taken and have different groups of subjects perform mindfulness meditation for varying lengths of time in order to observe at what time length meditation first makes a significant difference in the subjects’ performances.