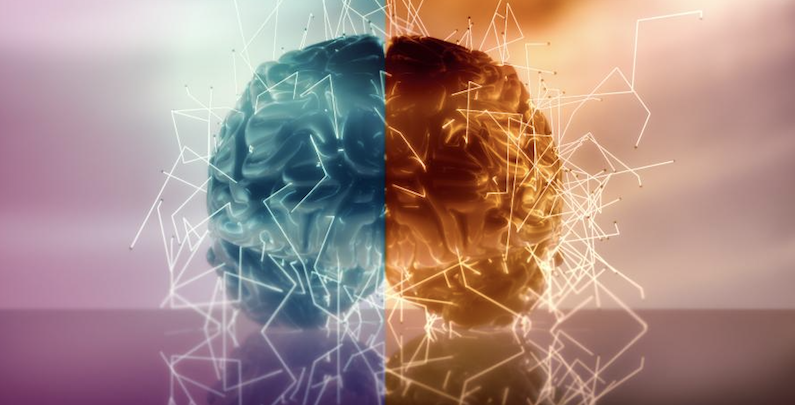 The impact of feedback on tactile discrimination task performance

Research in the fields of psychology and neuroscience often rely on tasks that participants perform to fulfill the requirements of a study. These tasks are administered with either feedback, partial feedback, or no feedback given to the participant. The purpose of this study is to compare and contrast the impact of feedback vs. no feedback on a tactile discrimination task.  The goal of providing feedback should, in theory, be to motivate participants while performing a task without altering the results. To test this hypothesis, a group of 22 participants was instructed to take two sequential amplitude discrimination tests using the Brain Gauge; one test with feedback and one without. The results show a clear indication that when presented with feedback, participants performed better than without feedback, and it was speculated that the improvement in performance was due to an improvement in motivation, which was supported by a simple survey. The study results suggest that future research should utilize feedback as a means for motivation in participants and should investigate the effects of only positive or negative feedback as well as how feedback would affect scores and motivation levels during long-term experiments.

Previous research has yielded little to no clarity on the effects of feedback on vibrotactile amplitude discrimination tasks. However, feedback in itself can act as a form of reinforcement, and there have been studies proving that such reinforcement will have no negative effect on intrinsic motivation [1]. Additionally, there has been evidence to suggest that feedback can actually increase motivation in participants. In one study, participants were placed into either a control condition with no feedback or an experimental condition where they were given feedback during a game. They also evaluated the differences between negative and positive feedback, showing how the former decreased a participant’s competence in the game, while the former improved long-term motivation and gameplay [2].

This study sought to examine the effects of feedback on performance of an amplitude discrimination task, as the authors hypothesized that feedback would increase long-term motivation as compared to tests administered with no feedback. Additionally, this study sought to examine the way that increased feedback and motivation could influence results, through using a test that measured a participant’s accuracy and skill of differentiation.

Using a two-point vibrotactile stimulator, the Brain Gauge (pictured in Figure 1), sequential amplitude discrimination tests were used as a metric of performance. This metric reflects one’s ability to accurately determine which of two stimuli is larger in size (amplitude) when the stimuli are delivered sequentially [4]. The two sinusoidal vibratory stimuli were delivered to digits 2 and 3 (index and middle finger) of whichever hand the participant utilized during both tests (frequency = 25 Hz; duration = 500 ms; standard stimulus amplitude = 100 μm; initial comparison stimulus amplitude = 200 μm) [5]. A two-alternative forced-choice (2AFC) tracking protocol was used to assess amplitude discrimination capabilities [6]. Through this, difference limens (DLs) were determined for each test.

The sequential amplitude discrimination task (described above) was administered to individuals with both feedback and no-feedback. Twenty-two individuals were recruited to perform the tasks in the two different modes. None of the subjects indicated having any neurological disorders. Task A provided no feedback when responding to the stimuli and Task B gave instantaneous feedback after every response. The feedback was presented on the screen with a green “smiley face” to indicate the correct answer. If the participant answered incorrectly, a red “frowny face” would appear. Before beginning the tests, the computer monitor provided a brief explanation of what the tests would entail without indicating whether they would receive feedback or not. Some individuals were instructed to complete Task A before completing Task B (no-feedback first group), and the other individuals were instructed to complete Task B before completing Task A (feedback first group). After the tests were completed, the students were instructed to answer a short survey detailing whether the feedback they received motivated them to perform better as well as, in their opinion, which test they thought they performed “better” in [7].

More than 80% of the participants reported that they felt that they performed better on the test with feedback given. When asked to rate how motivated they felt to accurately discriminate between the stimuli on a scale of 1-5 (1 = least motivated, 5 = most motivated), the participants reported that they were more motivated during the tests with feedback than the tests without feedback (rating ± standard deviation: 4.2 ± 0.8 vs. 2.5 ± 1.0). There was also about 45% more variance in the self-reported motivation levels when participants did not receive feedback versus feedback given.

Based on the results of the study conducted, there is a clear and decisive difference between the task that administered feedback and the task that did not provide any feedback to participants. The difference limens for the test with feedback were considerably smaller and had a lower overall variance than the difference limens for the test without feedback, indicating more accurate and valid results for the test with feedback (see Figure 2). This discrepancy contradicts previously held notions that feedback administered during a test would negatively affect the outcome of the test. Overall, participants experienced increased levels of motivation when taking the tests with feedback, as self-reported in the survey results. The results show that both intrinsic motivation and accuracy, as well as reliability of the results, increased with administered feedback, which challenges the notion that feedback given on a test would disrupt results.

This study faced some limitations, which included the virtual format. There were some minor issues with participants not complying fully with the instructions of the survey, but these outliers in the data were omitted. The sample size was relatively small as well, so a larger sample size may have resulted in more reliable results.

With these results, there are many implications of this study for future research. As the tests administered both positive and negative feedback, further studies could look into the differences in the accuracy of results and intrinsic motivation between tests administered with only positive or only negative feedback. Additionally, as this study was based on short-term levels of motivation, further studies could analyze how feedback would affect scores and motivation levels on a long-term basis. For this study, the feedback was provided for every response and did not vary the time between a participant’s answer and the feedback given. If feedback can be likened to a form of reinforcement, then studies could be done that analyze the effects of the scheduling of feedback (i.e. variable time, fixed duration, etc.) on a participant’s intrinsic motivation and scores.

This study aimed to test whether feedback had any role in motivation while taking a sequential amplitude discrimination test with the Brain Gauge. The results demonstrated that feedback could be a valuable asset in motivating participants to complete the test to the best of their ability. While the results of this study set the stage for preliminary evidence that feedback increases motivation, it is imperative that more research be done on this topic to gain a complete understanding of the intricacies of the relationship between feedback and motivation.