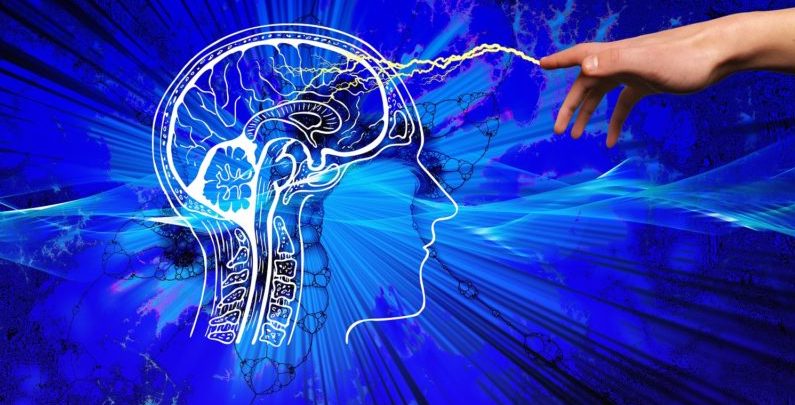 It is widely known that most humans multitask and perform movements better with one hand than the other. Up to 90% of humans are right-handed, some are left-handed, and an indeterminate number of people are ambidextrous (can use both hands equally) [1]. Historically, decades ago, and in some cultures, right handed individuals were associated with positive values and the left handed people were associated with negative ones [2]. This led to the disparagement of left-handed people, and they were often forced to switch hand use. These myths were dispelled in 1960, when it was discovered that speech was based predominantly in the left hemisphere of the brain. Currently, it is well known that hand dominance is not a conscious decision.

Studies have shown that genes affect handedness. The PCSK6 and the LRRTMI genes are associated with the likelihood of being right handed and left handed respectively [3]. Genetics are not the only factors that contribute to handedness. Another factor is the neural activity that happens in the left and right hemispheres of the brain, which tends to influence whether the left or right hand is dominant to the other hand [4].

Reaction Time (RT) in relationship to hand dominance has been assessed by a number of researchers. Vidal et al [5] and Shen and Franz [6] used a simple ipsilateral visual stimulus and reported that in right-handed individuals key pressing was faster by the right hand, which was the dominant hand for all of the subjects, than by the left hand using simple reaction time tasks. However, Rabbitt [7] and Di Stefano et al. [8] in their work reported that both hands react with the same latency for a finger-extension response in a simple task.

The age, gender and hand dominance of the participants were collected through a survey prior to conducting the experiment. The experiment involved having the subject seating down in front of a computer connected to the Brain Gauge hardware. This Brain Gauge hardware is a two-point vibro-tactile stimulator (the Brain Gauge by Cortical Metrics, Carrboro, NC), which was used to deliver stimuli to the tips of digits 2 and 3 according to the signal that the Brain Gauge software program sent to the device. The device had tips that are controlled by the computer, which delivers sinusoidal vibrotactile stimulation. The second, index finger, and third, middle, digit were chosen as test sites because of the convenience of the location of those fingers and to make the protocol more comfortable for the user.

The computer monitor showed cues useful for the experiment. The cues indicated when the stimuli would be delivered and when the subjects had to respond. The Brain Gauge program provided three training trials prior to the trials used for collection, which helped the subjects to get familiar with the experiment.

For the tactile reaction time task, the subjects felt a vibration stimulus on digit 3 and had to respond with digit 2 on the Brain Gauge’s button that was not stimulated.

A two sample (two-tailed) T-test, assuming equal variances, was used to compare the reaction times between males and females. The T-test performed gave a p-value of 0.0042, which is much lower than the significant value of 0.05. This means that there is a significant difference between the averages of the two independent sets.

The individual differences between dominant and non-dominant hand in the study can be viewed in tables displayed in Tables 1,2.

Nobel et al. reported in his study that reaction time (RT) in males is faster than in females of almost every age group, which was concluded in that study as a disadvantage for females and that this disadvantage was not reduced by practice [14]. The authors of that study concluded that this was because women were more cautious and tended to avoid errors more as compared to men, hence are found to be slower in their reactions, thereby making men faster [14]. In the same study, the Nobel et al. also declared that the muscle contraction times for both genders were similar. Nevertheless, women had a lesser error rate given that they have the tendency to inhibit their PVT (Psychomotor Vigilance Task) response better than men do. The behavioral responses reflect a high level of motivation for both males and females. Although the authors of this paper do not agree with the conclusion of women being more “cautious” than men, the results of that study were consistent with the results of this study.

Studies done by Misra et al. [15], Shelton and Kumar [16], and Nikam and Gadkari [17] all reported similar findings and supported the suggested hypothesis that females have slower reaction times than males. Figure 2 demonstrated that the results of this study agree with the aforementioned research findings and indicates that males have faster reaction times when compared to females for both the reaction time and the reaction time variability tests. The data from a study completed by Serrien and her colleagues showed that the preferred hand reacted more quickly than the non-preferred hand, which suggested “an increased response readiness due to hand preference” [18].

A final comparison that was made was the observation of individual differences. This was accomplished by subtracting the reaction time of the dominant hand from that of the nondominant hand. All of the values obtained were positive as it can be seen in Tables 1,2. This demonstrates that the reaction time of the nondominant hand was higher (slower) than that of the dominant hand. In other words, the individual data, on a case-by-case basis, confirms the first hypothesis. In addition, the Two-Sample T-Test determined that a statistically significant difference exists between the averages of two independent sets (Males vs. Females), and also supports the proposed hypothesis.