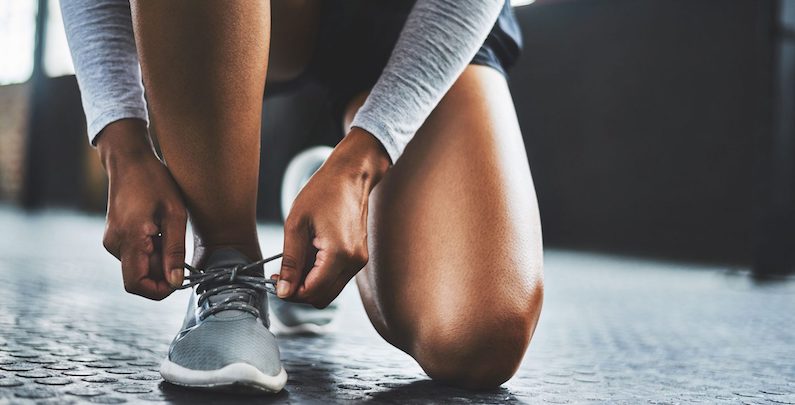 A case study was conducted in order to track the human brain adapts to changing demands by physical exercise. Reaction time and amplitude discrimination capacity of the individual were measured with the Brain Gauge to monitor brain activity before and after aerobic exercise. The objective of the study was to determine if there were short-term and/or long-term effects of aerobic exercise.  The data suggests that there are short-term effects and some improvements in performance on the tasks when comparing metrics obtained after exercise to before exercise.  For this individual, aerobic exercise was a regular part of daily routine, there was no long-term effect detected over the relatively short duration of the study.

There have been many discussions regarding the positive effects of physical exercise on brain activity. The human brain adapts to changing demands by altering its functional and structural properties, called neuroplasticity, which results in learning and acquiring skills [1]. In recent years, scientists focused on how physical exercise has impact on cognitive functions, spatial learning and memory, as a non-drug method of maintaining brain health and treating neurodegenerative and psychiatric conditions \[2]. This case study is primarily focused on the effect of running on reaction time and amplitude discrimination measured with Brain Gauge. The Brain Gauge is a cognitive assessment tool that measures brain health by testing sensory perceptions in your fingertips. The hypothesis is that the data results between before running would be significantly different that after running. In particular, the hypothesis is that for a regular runner (such as in this case study), there would be an improvement in performance.

There have been numerous studies on the impact of exercise on brain function. For example, a number of studies have focused on the how hippocampus adapts signals before and after exercise, how the mechanism of brain differs in aerobic and resistance exercise and how exercise has impact at all excitatory synapses where glutamate is the neurotransmitter and in some of the inhibitory GABAergic synapsis . Hippocampus is a highly plastic region, which is associated with spatial memory consolidation. Each area, cornus ammonis (CA1,2,3) and dentate gyrus (DG), contributes to spatial learning and memory processes in the hippocampus. DG is only hippocampal region able to generate new neurons; DG can double or triple in size after physical exercise in rodents [2].

Aerobic exercise, which is supposed to enhance cardiovascular functions and metabolism, also induces neurotrophic factors that affect hippocampal neurons, thereby improving spatial learning and memory. Effect of resistance exercise on hippocampus dependent memory, although this type of exercise is increasingly recommended to improve muscle strength and bone density and to prevent age-related disabilities. According to Cassilhas et al. (2012), after the training period, both AERO and RES groups showed improved learning and spatial memory in a similar manner, but both groups presented distinct signaling pathways. While AERO group showed increased level of IGF-1, BDNF, TrkB, and B-CaMKII in the hippocampus, the RES group showed an induction of peripheral and hippocampal IGF-1 with concomitant activation of receptor for IGF-1 and AKT in the hippocampus. These distinct pathways culminated in an increase of synapsin 1 and synaptophysin expression in both groups [3]. Both aerobic and resistance training increase learning and spatial memory in similar manner that exercise indued the expression of synaptin 1 and synaptophysin, which contribute to improved spatial learning and memory [3]. This study will concentrate on aerobic exercise only.

This research has been conducted as a case study of the author who is born in 1996 and female (158 cm, 51kg) without any pre-existing medical conditions. The participant is a regular runner who has been running at least 3 days per week for 30 minutes. This study was to explore the effects of aerobic exercise, and specifically, moderate to vigorous running, on brain function. Brain function was measured with the Brain Gauge by collecting reaction time (RT), reaction time variability, and amplitude discrimination with the Brain Gauge.

Data was collected 12 times across a three week period. The participant used the Brain Gauge to measure RT, RT variability, and amplitude discrimination within 5 minutes before and after running. The running course was on the same route and the same time from 5 pm to approximately 5:40 pm. Running pace was depended on weather and the participant’s mood. The subject was seated with the right arm resting comfortably on a dual-site portable vibrotactile stimulator. When measuring RT and RT variability, Brain Gauge required to click with index finger as soon as feel a tap for 10 times and it gave feedback immediately each time. When measuring amplitude discrimination, it required to differentiate which vibrotactile was intense among two-sites for 20 times and gave feedback for the first 10 times and no feedback for the rest. It examined dual-site simultaneous vibrotactile discriminative capacity. Three components were measured in a unit of msec for reaction time and reaction time variability and m for amplitude discrimination.

Table 1 shows that the average distance, time, and heart rate of my running were 3.54 miles, 41 minutes, and 154 bpm respectively. According to the chart by Moriarity [4], at the age of 23, the average heart rate is greater than 146 bpm is considered vigorous intensity exercise, which is 70% to about 85% of your maximum heart rate. This demonstrated that my running was in range of moderate to vigorous intensity.

In this study, the results show that the individual was able to press the tip on average 18.26 msec faster after physical activity than before activity. Also, the individual could differentiate the vibration among two vibrotactile 9.92 m better with workout on amplitude discrimination tests. The two-site amplitude discrimination protocol was executed with a number of different standard amplitudes in order to evaluate how subjects’ discrimination ability changes with intensity [5]. It also enhanced a subject’s ability to discriminate subtle differences in the intensity of two subsequent stimuli [6]. The results of reaction time variability were about the same. RT variability is better when it is not fluctuating much, which means results are consistent.

Previous literature has demonstrated that exercise brings numerous beneficial results not only reducing the risk of cardiovascular diseases, and other chronic conditions, but also can it be an efficient way of preserving brain health and cognitive function under normal or disease conditions, even protecting again cognitive decline and neurodegenerative diseases [2] According to Cassilhas and colleagues [2], exercise is beneficial for spatial learning and memory via neuronal plasticity allows the CNS to learn new skills to consolidate and retrieve memories, to reorganize neuronal networks in response to environmental stimuli and to recover after lesions [2].

Moreover, Budde and colleagues stated the researchers used different methods including brain scans, EEG recordings, and blood as well as saliva sampling to investigate the exercise-induced brain activity and volume changes in the different brain areas including frontal and central regions of the brain, and the hippocampus, cerebellum, and the motor cortex [1]. They reviewed the effects of three different temporal placements of high-intensity exercise following visuomotor skill acquisition on the retention of motor memory. Changes in performance scores from post-acquisition were greater for cycle-ergometer exercise about for 20 min than rested and Changes for cycle exercise for 20 min were greater than for 2 hours [1]. Exercise-induced improvements in procedural memory reduce as the temporal proximity of exercise form acquisition is increased. Timing of exercise following motor practice is important for motor memory consolidation [1].

Furthermore, in Budden and colleagues’ article, participants encoded a list of German-Polish vocabulary before exercising for 30 min at either high intensity or low intensity or relaxing. The high intensity exercise group showed an increase in BDNF and cortisol after exercising compared to baseline. Participants of the high-intensity exercise group, however, forgot less vocabulary than the relaxing group 24 hours after learning. There was no robust relationship between memory scores and the increase in BDNF and cortisol, respectively, suggesting that further parameters have to be taken into account to explain the effects of exercise on memory in humans [1].

In summary, it was observed that running training for 3 weeks improves scores in reaction time and amplitude stimulation. Exercise clearly has beneficial effects on brain function in terms of RT and amplitude discrimination. The findings from this case study demonstrate the feasibility of a larger cohort study that could clearly demonstrate the short and long term impact of physical exercise on brain health.