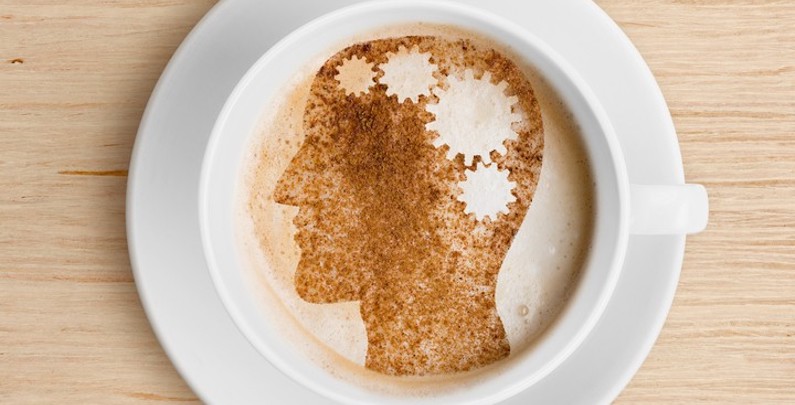 The Impact of Caffeine on Memory

Many people rely on caffeine as part of their daily routine to induce the feeling of wakefulness. However, the effects of caffeine on various brain functions, such as memory, remains unclear. To study the impact of caffeine on memory and attention, we conducted a pilot study on individuals with varying levels of caffeine consumption. Each individual completed a survey, memory test, and reaction time test. The results did not elucidate clear trends or significant differences between those who consumed caffeine and those who did not. This study suggests that caffeine intake does not have a direct impact on memory, but a correlation between reaction time variability and memory suggested that more research could provide deeper insights into the effects of various levels of caffeine consumption.

Caffeine is the most used drug in the world and many studies have shown its impact on brain function. Due to its widespread use, it is important to study the effects of caffeine and possible implications of the use of it. Caffeine has been shown to have a connection to behavioral changes such as increased anxiety. However, it is unclear as to the impact that caffeine might have on memory. A previous study revealed that caffeine could enhance memory performance in young adults at particular times of day [1]. In this study, we wanted to investigate if caffeine had any impact on memory, and if so, if the form of caffeine consumed made any difference.

Caffeine has been shown to reduce reaction time and such a decrease has been well established in the literature. However, studies have suggested the mechanism through which this occurs is not in fact an increase in motor ability, but through an increase in attention span [2,3]. Because of this, reaction time variability is an appropriate metric for caffeine’s impact on attention span and wakefulness. Presumably, attention span and capacity for working memory (including the short-term storing, processing, and recall of information) are intertwined functions as both relate to the ability to code new information into the brain.

Short term and working memory tests have been shown to be a good, simple, cost efficient metric of cognitive ability, and although often used on older adults to determine the extent of cognitive decline, memory tests retain usefulness with younger individuals [2,4]. Memory has been studied extensively with relation to attention deficit hyperactivity disorder (ADHD) creating a logical and scientifically relevant connection between these two cognitive processes. Because of this, an online working memory test was a clear choice to examine caffeine's impact on these related functions.

We decided to examine a cohort of individuals ranging in caffeine usage to determine if there was a significant correlation to caffeine, memory, and reaction time. Additionally, we recorded whether or not the subject consumes sugar with their caffeine (sugar in coffee or sugary caffeinated soda drinks) to maintain an awareness of confounding factors that might be impacting brain function. Each of these factors has a wide breadth of literature associated with their effects on the brain and theoretically could illuminate interesting correlations between one another.

A survey was distributed (18 participants) to determine the current consumption of caffeine where the subject indicated if they consume on average 0, 1, 2, 3, 4, 5+ units of caffeine daily (including coffee, tea, caffeinated sodas), where 1 unit corresponds to 100mg caffeine (or the amount in a typical 8oz cup of coffee). The subject indicated if they consume caffeine with added sugar (of any kind). After the subject completed the survey, they completed a reaction time test and a memory test. The subjects recorded their reaction time and reaction time variability scores, as well as the results from the memory test. A Brain Gauge was used to measure reaction time and corresponding reaction time variability. The memory test that was used was an online working memory loss test that flashes an assortment of photos at a rapid pace [4]. To limit bias, the subjects were instructed to choose the “fast” version of the test, and select “Test 2: Nature Pictures”. The subject was asked to click the picture if it had been repeated in the sequence of photos. The subject then reported the results from the test, which included percent accuracy and average reaction time.

To analyze the data, we used Excel to plot Brain Gauge reaction time variability and memory scores for caffeine users versus non-caffeine users. The raw data was plotted in scatter plots to show the general trends, while the averages were plotted with bar graphs to determine if the two groups were significantly different from each other. In addition to Excel plots, we used MATLAB to perform a sequential sums ANOVA analysis. The model statement was chosen to analyze the memory scores and reaction variability with caffeine.

To analyze the data, we used MATLAB ANOVA analysis and Excel. Figure 3 shows the results from the ANOVA sequential sums model. We used a model statement “caffeine = memory + RTV” to determine how caffeine intake was related to memory scores and reaction time variability. The coefficient of determination for the model was reported as R2= 0.97182 with a standard error of 0.70711. This demonstrates that caffeine intake can be modeled using the two factors. However, using other model statements didn’t have nearly the same R2 values and memory wasn’t able to be modeled using the other factors. This provides insight into the relationship of factors but not of memory by itself.

While the data does not show extremely clear trends, it is possible that caffeine could be related to poor memory scores and high reaction time variability. The impact of sugar intake with caffeine also appeared to be negligible. This general result suggests that the human brain returns to a baseline of function with consistent caffeine and sugar intake although more testing would be required to confirm this assertion.

This study was limited in both sample size and choice of cohort. As students, and particularly engineering students, are a group requiring high levels of focus, memory, and attention span, the results of our study are implicating a smaller population instead of the general caffeine consumer. As brain function is complex and dynamic, studying a more diverse group of individuals would likely yield more insight. The cohort model did allow us to test individuals in their natural state of caffeine consumption, which is an interesting aspect of this study not usually emphasized as often data is compared with the immediate effects of caffeine between caffeine and non-caffeine drinkers.

Although the results of this study did not provide conclusive evidence into the effect of caffeine on this particular cohort as it relates to memory and reaction time variability, the study brings up interesting questions surrounding consistent caffeine use. Caffeine consumption was heavily correlated to reaction time variability and memory through ANOVA analysis (R=.97182) although the statistical analysis wasn’t consistently useful for other factors and modeling methods casting a caution on the conclusions drawn from it. Concludingly, cohorts of more diverse subjects should be studied and collecting more data regarding the longevity of caffeine consumption could be insightful. Additionall, a longitudinal study following participants at varying points of caffeine consumption could lend to stronger comparison on a person-to-person basis. It is clear that memory, reaction time, reaction time variability, and sugar intake have some effect on brain function, but parsing out the nuances of these effects will take subsequent studies and additional information as to the linkage of such effectors.

Survey accessible through this link: