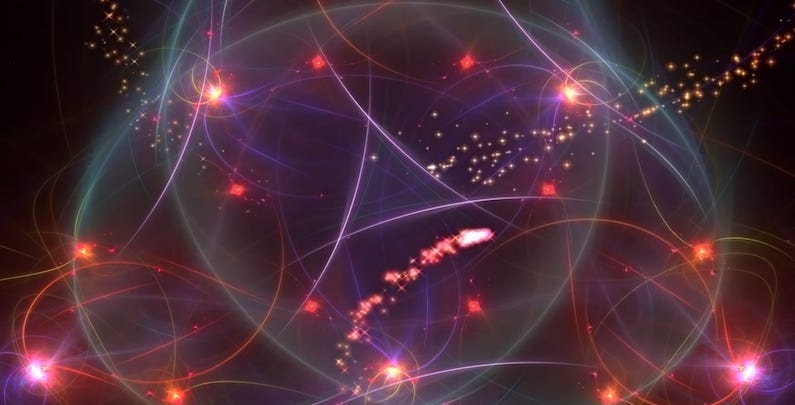 Reversal of Renal Insufficiency in an Aging Cat: A 5-year Multi-Crossover Case Study

Renal failure is a leading cause of suffering and death in domestic cats, with approximately 1 in 3 cats affected.  Current standard-of-care treatment usually involves palliative care, diets restricted in protein and phosphorus, plenty of fluids, and sometimes vitamin D and Omega-3.  But even with early detection, which is difficult, treatment options are limited and often are not very effective.  Dietary restrictions and palliative care are often the best that can be offered, but the creatinine levels tend to inexorably creep upward toward eventual kidney failure and death.  We report the effectiveness of the use of a low-frequency, low-intensity, non-invasive treatment using Pulsed Electro-Magnetic Fields, specifically tuned to inductively generate micro-electric currents in deep tissues (ICES®-PEMF).  This report chronicles the return to normal and then reversion to renal insufficiency in a single cat, when ICES®-PEMF was applied, then withheld, then applied again, over three cycles of application and non-application, over a 5-year period. A return to normal creatinine levels, with a subsequent return to renal insufficiency as indicated by loss of control of creatinine, correlated precisely with the application and non-application of ICES®-PEMF.  The pattern observed during each cycle was as follows:  when applied 2 to 3 times weekly for 20-60 minutes each treatment, creatinine levels declined to normal range within 2-3 months.  During periods when treatment was discontinued, creatinine levels began to climb to high levels again.  We suggest the further study and potential use of ICES®-PEMF as an effective, inexpensive, safe, non-invasive treatment for feline kidney disease.

Renal failure is a leading cause of suffering and death in domestic cats, with approximately 1 in 3 cats affected. Chronic kidney disease (CKD) in the early stages is notoriously difficult to detect, and can have a prevalence as high as 50% in randomly selected cats from evenly-distributed age groups [1]. Renal insufficiency is of course different from kidney failure: for a cat, in general a creatinine number over 2.4 mg/dl suggests renal insufficiency, whereas kidney “failure” is generally indicated by creatinine levels of 5.0 mg/dl or greater. Renal insufficiency typically precedes renal failure by 1 to 3 years. Early detection is critical but difficult. Late detection often accompanies permanent kidney damage and a reduced lifespan. The median life expectancy for cats diagnosed in stage III kidney disease at baseline is slightly less than 2 years (679 days), with some surviving up to 5 or more years. Cats in stage IV kidney disease have a median survival of only 35 days [2].

One strategy is to detect as early as possible and then prevent the progression of CKD by monitoring creatinine level, a widely used veterinary biomarker for renal function. Though exact numbers may vary somewhat, the stages of CKD for purposes of treatment and progression of the disease in cats can be characterized by increasing creatinine as follows:

Ideally, early detection would be in stage I, and treatment would halt the further progression of the disease as measured both by periodic creatinine monitoring, as well as the alleviation of the symptoms associated with CKD. In the current case study, CKD was first detected at the beginning of the 5-year period described in this case study, with a creatinine level of 2.8, which qualifies this specific case as Stage II. Thereafter, through intermittent use of ICES-PEMF, creatinine was reduced and never crept above 2.1, thus effectively bringing the disease under control and maintaining it at the stage I level for the entire five years of this study, even though the use of ICES-PEMF was intermittently discontinued, and during those periods the creatinine level was observed to steadily increase.

The details of the treatment of the cat and the veterinary testing results follows.

The cat is a stray/rescue obtained in 2010 at an estimated age of 3 years, and is thought to be mostly Mackerel Tabby. The first test result was from January 2015, at which point the cat would have been approximately 8 years old. This case tracks the treatment and test results for the following 4.5 years (June 2019), to an age of approximately 13 years.

The conservative diagnosis was Stage I kidney insufficiency. The veterinarian initially recommended trying a low-protein diet and some herbal supplements, neither of which was well tolerated by the cat, so these approaches were discontinued after a short period of time. It was after this that the owner decided to try the PEMF device instead.

The owner of the cat (J. Dennis) otherwise followed the veterinary instructions while electing to also begin ICES-PEMF therapy. The veterinarian was informed of this additional strategy. Typical veterinary treatments for CKD do not result in a reversal of the disease. In general, the best that can be hoped for is to slow the progression of the disease while minimizing distress to the animal.

The cat owner already had in his possession two ICES-PEMF devices which had been used for his own orthopedic injuries. Devices of this type have been studied for inflammation reduction, pain reduction, and the acceleration of healing of orthopedic injury [3]. For his cat, he elected to use both devices at various times, using equivalent settings on each. The devices and setting that were used were as follows:

Higher intensity settings were initially tried for very brief periods, but the cat gave indications that this level of stimulation caused irritation, so the intensity was reduced and maintained at the levels specified above, which were tolerated well by the cat.

Treatment was applied 2 to 3 times each week for 20 to 60 minutes for each session while the cat was in the lap of the owner. The owner held the coils in place during treatment by hand, placing each coil approximately over the location of the kidneys, just posterior of the mid back, on each side of the spine.

The ICES-PEMF pulse pattern that was used was the “Omni 8”, which is a sequence of pulses of defined shape [4][5] with pulse frequencies each applied for several minutes in the following order 5 pulses per second (pps), followed by 100 (pps), 3.9 (pps), 7.1 (pps), 10.4 (pps), 13.7 (pps), and 16.9 (pps). When complete, this cycle of pulses repeats continuously. Contrary to the very popular misconception that “frequency” or “Gauss” must be precisely applied for PEMF to be effective, the key PEMF parameters that must be maintained to achieve a therapeutic biological effect have been identified as the pulse waveform, i.e., magnetic flux versus time, and the duration of the rising and falling edges of each magnetic pulse (Dennis, 2019b). In this case, as with all pulse patterns available on Micro-Pulse ICES-PEMF devices, the pulse waveform is trapezoidal, with individual pulse rise and fall times of 100 microseconds each, and magnetic slew rates of approximately 1,000 – 1,200 kG/s for the intensity levels used in the treatment of this cat. It is important to understand that all magnetic fields generated by solenoid coils drop off rapidly as a function of distance from the end of the coil and the axis of symmetry of the solenoid, and the exact distance of the kidney from the coils is unknown, but was presumed to be 1.5 to 3 cm, so that exact values for peak magnetic field “Gauss” are unknown, would be variable throughout the volume of the kidney, are impossible to calculate with precision, and are largely irrelevant provided the proper waveform shape is delivered.

This case study reports three time periods where ICES was not applied and creatinine levels were shown to rise, followed by three periods of time where ICES-PEMF was used with a commensurate steady decrease in creatinine level, as shown in Figure 3.

The reduction in creatinine level as indicated corresponded with mitigation of other symptoms, and the cat has been able to enjoy a period of many years during which the symptoms of kidney disease were not present and did not progress, as would normally be the case in the typical course of chronic feline kidney disease.

It may be possible to halt and even reverse the progression of feline chronic renal insufficiency. This case study was only for a single cat, and the disease was diagnosed and treatment initiated at a fairly early stage, so it is unknown whether ICES-PEMF might be of use at a later stage in the progression of the disease. It is also unknown the rate of success of such a treatment. However, the treatment does appear to have been increasingly effective, for a very long period of time, corresponding roughly to one third of the expected lifespan of a cat, with no sign whatsoever of a decrease in effectiveness. Nor was there any sign of habituation with a corresponding need to increase the dosage over time. Based upon these detailed observations, it is very likely that PEMF may be an effective form of treatment for some cats at least at early stages of the chronic disease. Because of the non-invasive and non-harmful and reasonably inexpensive nature of ICES-PEMF treatment, and the fact that little else aside from palliative treatments are available, it may be sensible to consider PEMF for potential use as a prophylactic treatment to prevent or reverse the progression of chronic kidney disease in cats.

Low intensities and treatment times were effective in this case, suggesting that effective PEMF for cats is in a very safe range of electro-magnetism [6], and could be manufactured at very low cost to the consumer.

The physical configuration of the ICES-PEMF could easily be modified to allow treatment of the animal while it slept, through a thin layer of bedding, for example, thus not requiring direct intervention from the owner during treatment and not requiring a fixture to attach the PEMF device to the cat.

In any event, it is not clear that ICES-PEMF is the only form of PEMF that is effective. Other forms of PEMF should be tested and optimal treatment regimens for CKD should be further developed.

It may be that several other chronic diseases that are otherwise refractory to treatment could be addressed effectively with ICES-PEMF, including chronic inflammatory and degenerative orthopedic conditions.

Upon review of the data and close observation of the cat for the duration of this study, the owner offers these observations: “I need to keep using PEMF regularly. It definitely keeps my cat from developing progressive kidney failure, but a few sessions of PEMF do not result in a permanent cure. The treatment needs to be regular, 2 to 3 times each week. Low – to – medium intensity is best, 2 to 3 times per week, for 20 minutes to an hour.”

Statement of Conflict of Interest